These days I discovered my Micro-Professor MPF-1 clone a friend and me built in the late eighties of the last century. In order to check whether the device still works properly I'd liked to try out some programs printed in its manual. While typing the first machine code bytes, I remembered that I was using a music cassette put into a Sony Walkman to store my programs.

Unfortunately I couldn't find neither the MC with all my programs on it nor the Walkman to play back all that data.

So there it was - the idea to use my Arduino 'playing' some machine code source files while the Micro-Professor is 'listening' on its tape reader interface!


The tape file format is described in the MPF-1 Manual as shown here: 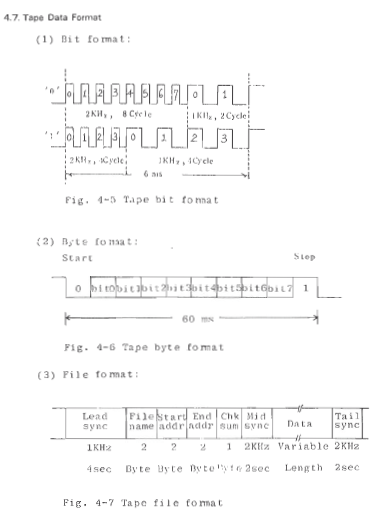 So, there are some tones to be generated. To be exact, there is a 2kHz and a 1kHz tone, sequenced according the file, byte and bit formats described as seen above in Fig. 4-7.

The Arduino Sketch is the first prototype implementation of a Micro-Professor Tape File Generator.

The Arduino Sketch defines Pin 12 to be the audio output which has to be connected to the MPF-1 EAR audio input jack (also connect Arduino GND to MPF-1 GND).
The following schematic depicts how a stereo mini jack wiring shall be prepared:

See also the the audio input interface circuit shown in the schematic added to the MPF-1 manual: 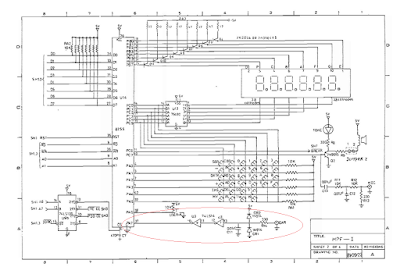